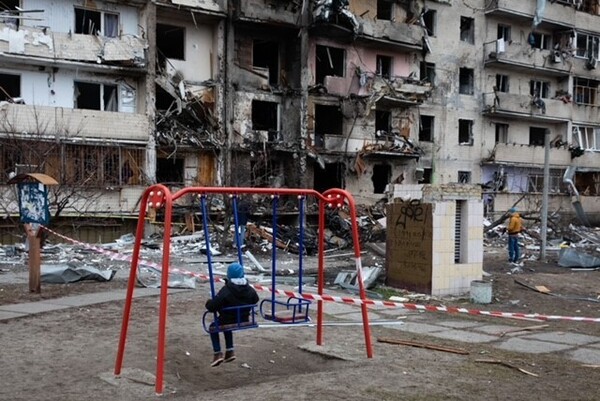 Several explosions are heard in the Ukrainian capital Kyiv There are reports of Russian troops advancing on Kyiv Ukrainian officials say Russia has carried out missile attacks on the city At least one apartment building in the capital badly damaged – reports say three people injured Ukrainian President Zelensky addressed the nation and has appealed to Russia for a ceasefire He says 137 Ukrainian citizens – both soldiers and civilians – died on Thursday Zelensky spoke to UK PM Boris Johnson and pleaded with other Western allies to do more to stop Russia’s assault Russians seize control of the Chernobyl complex – site of the world’s worst nuclear disaster New sanctions on Russia, including asset freezes on banks, are imposed from Brussels to Canberra President Vladimir Putin defends the invasion, saying there was no other way to defend Russia

Today will be the most difficult day, warns Ukrainian interior ministry adviser Anton Herashchenko, who says Russia is trying to break through to Kyiv with tank columns descending on the capital from the north-east and north-west.

Seize a major Kyiv airport and air traffic control to allow 10,000 troops to land, distracting the military with attacks on the border

Sabotage Kyiv’s electricity and communications to cause panic

Seize government buildings including cabinet and parliament and capture the state leadership, forcing them to sign an agreement on Russian terms

Bring in pro-Russian leaders and split Ukraine into two parts, like East and West Germany