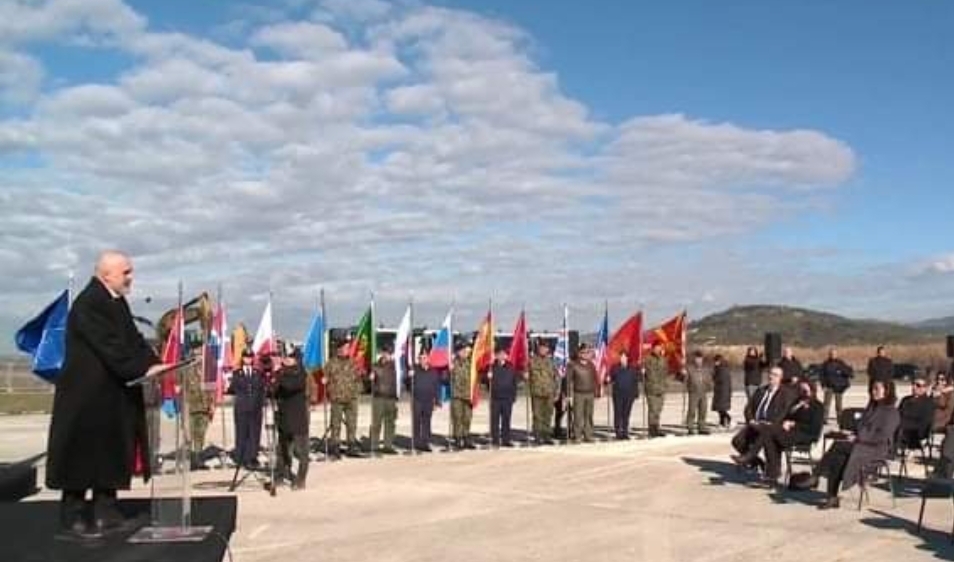 Work for the realization of the project for the modernization of the air base in Kuçova has kicked off. It will be turned into a NATO air base.

The Minister of Defense Niko Peleshi said during his speech that the selection of Albania is an opportunity to take more responsibility while emphasizing that they would not be here without the help of allies.

"I want to thank the Prime Minister for his attention to this project. We are ready to lay the foundation stone for the start of works. We would not be here without the help of our allies. This project came to life three years ago when they officially received the news of this project. Selecting Albania is an opportunity to take on more responsibilities. This development comes at a turbulent period in the eastern borders of the alliance", said Peleshi.

For the Minister of Defense, Niko Peleshi it is an indicator of the strengthening of relations between Albania and other allied countries, but also a message for actors with rival goals in the Western Balkans region.

"Clear evidence of the consolidated ability to take on more responsibility, a message to actors with rival goals in the Western Balkans region. It strengthens our stance towards US-EU. It is an important event for Albania,and confirms the presence of NATO in our country. It will have an important impact and direct cooperation of our countries and allies", said the Minister of Defense, Niko Peleshi.