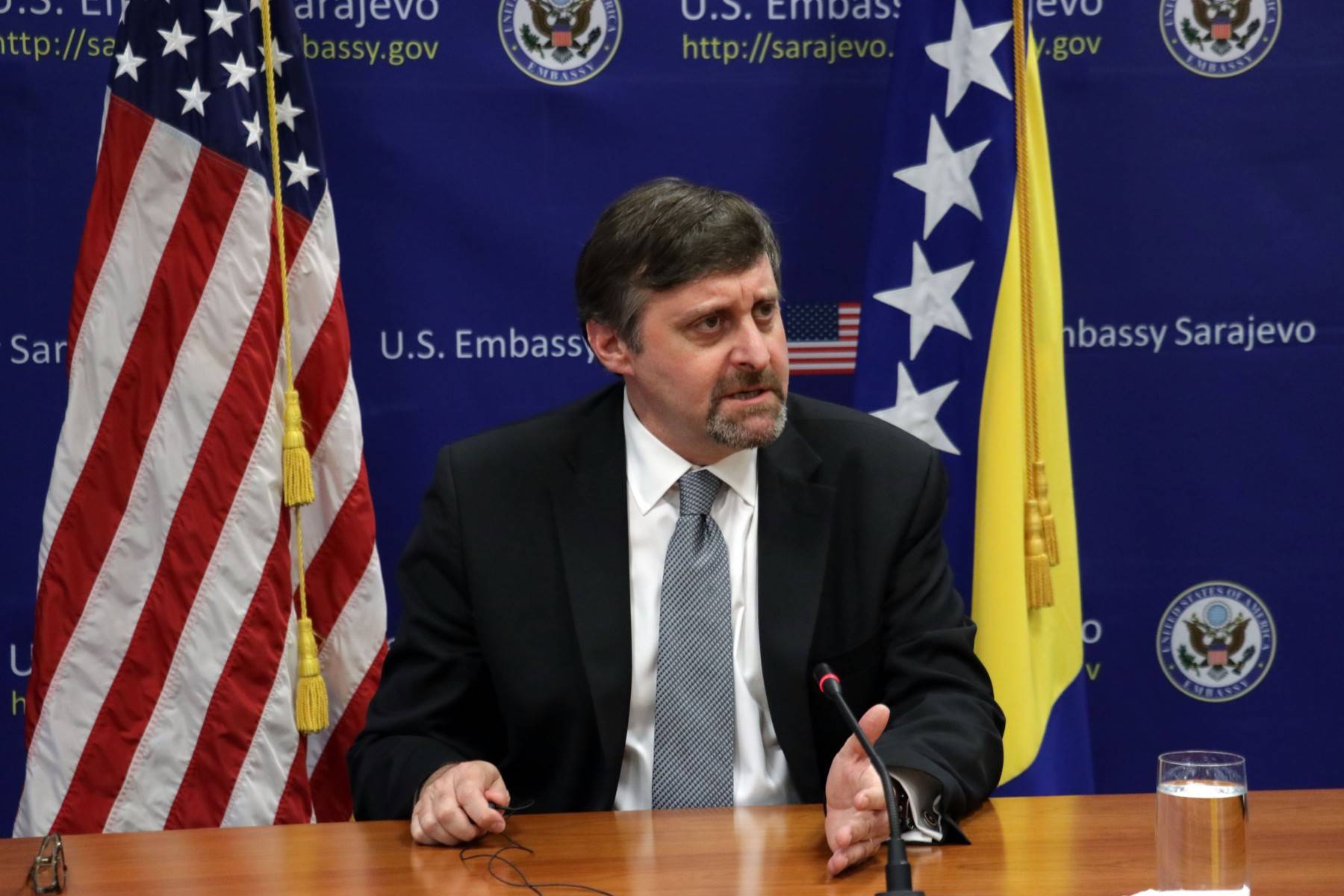 Matthew Palmer, Deputy Assistant Secretary of State and US Special Representative for the Western Balkans, told VOA that the United States will continue to invest a lot of energy and political capital in Albania. He also said that the US wants to see the April elections in Albania conducted according to the highest international standards. Mr. Palmer made the comments in an interview with his colleague Ilir Ikonomi, on the occasion of the 30th anniversary of the re-establishment of US-Albania diplomatic relations on March 15, 1991.

Mr. Palmer stated that it is something truly extraordinary that we are celebrating our 30th anniversary this year and looking forward to the centenary of US-Albania relations in 2022. He highlighted that his first visit to Tirana was in 1993, just two years after the restoration of relations, hosted by Ambassador William Ryerson.

“Certainly seeing Albania today, seeing Tirana today and comparing it to 28 or 30 years ago, there has been an extraordinary increase. I am quite confident that these trends will continue in the future,” said Palmer.

“It is a relationship that we do value, that we think has a lot of growth potential and where I predict the United States will continue to invest a lot of energy and political capital,” underlined Palmer.

As regards the elections of 25 April, Matthew Palmer highlighted that the strength of democracy in Albania is crucial to US-Albania relations. NATO is not only an alliance of interests, but also an alliance of values. There have been many positive steps in the democratic space in Albania and there is still a lot of work to be done.

“We were very pleased to see the Albanian parliament adopt the legislation, in line with the ODIHR recommendations for electoral reform. We want to see the new legislation implemented and the April elections conducted to the highest international standards. The United States is committed to supporting democracy, good governance, the rule of law, all over the world. This is especially true when we talk about an American partner and an American ally. So we have an interest here, we have an interest in the result. We want to see Albanian democracy flourish, grow and develop, just as the Albanian public wants,” said Palmer.

Matthew Palmer assessed the justice reform and the progress that has been made as very important. “We now have a quorum for the Constitutional Court, which has been formed; The Supreme Court is reviewing cases, the backlog of cases has started to be addressed, the verification process is working. The United States is committed to working with our Albanian partners to ensure that judicial reform does not lose its strength and that the progress made continues, that the current trend continues. We believe that the rule of law is essential for democracy, growth and prosperity,” Mr Palmer said.

Matthew Palmer stated that the US approach to the Western Balkans, including Albania, has not changed with the change of administration.

“I think Secretary Blinken, President Biden have made it completely clear their investment in democracy, good governance and the rule of law. I think these have been and will continue to be essential to American interests in the Western Balkans, and I see that the Biden-Harris administration is strongly committed to supporting democracy, justice reform, transparency, and the rule of law. This will be essential to our commitment. For Albania, I think what we will focus on is doing everything we can to help the country move forward on its European path. We would very much like to see the holding of the first intergovernmental conference (IGC) for Albania. We think this is something that Tirana has deserved, as has Skopje. We would like the European Union to keep its promise and organize the first conference for both countries,” added Palmer.

As for the vaccines Matthew Palmer stated that the American government would like to see everyone in the Balkans have access to vaccines and that is why the Biden-Harris administration is giving up to $ 4 billion to support the Covax initiative.

“We think that through Covax and multilateral cooperation the world can best ensure the fair distribution of the vaccine supply. I am also convinced that in the coming weeks and months, the supply of vaccines will increase exponentially and there will be enough vaccines for everyone” Matthew Palmer, Deputy Assistant Secretary of State and US Special Representative for the Western Balkans said.