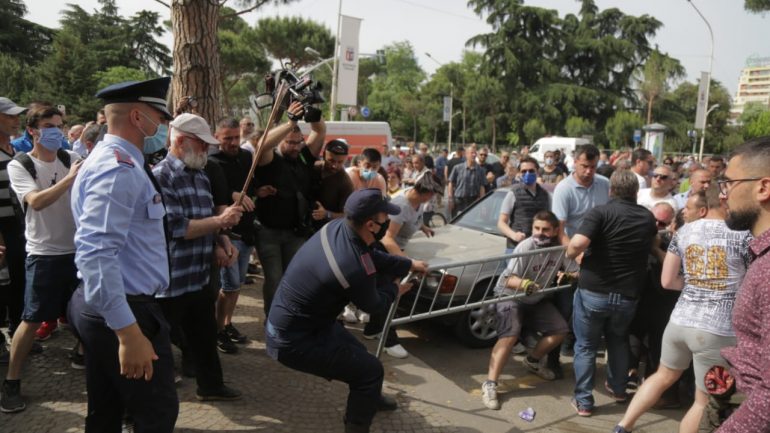 When the EU General Affairs Council decided in March on the opening of the accession negotiations for Albania and North Macedonia, many enlargement enthusiasts sighed with relief. No starting date was mentioned, however, and for Albania some 15 preconditions were set. They refer to concrete steps related to judicial and electoral reform, media freedom, and specific criminal procedures that need to be undertaken before a first and second intergovernmental conference take place. In a way these conditions reflect the deteriorating rule-of-law situation in the country since it was granted candidate status in 2014.

Interestingly, the 15 conditions have become some sort of taboo for the Albanian government, which has never publicly accepted their existence. At a June 9 meeting of the National Council for European Integration, which called for a discussion about the further steps towards the fulfilling the pre-conditions, Prime Minister Edi Rama – as opposed to President Ilir Meta and Parliament Speaker Gramoz Ruçi – spoke at length, but failed to mention the Brussels’ conditions even once.

The next day he surprised the public by vehemently and repeatedly denying the existence of these conditions in a press conference. Many observers say that it is domestically disadvantageous for him to admit the new conditions as it will tear holes in his propaganda effort to portray unrelenting progress and unparalleled success.

The new Austrian ambassador to Tirana, Christian Steiner, spoke on June 15 to an Albanian daily and confirmed the need for Albania to meet the EU conditions. The same calls were heard from the European People’s Party (EPP), in the European Parliament. After Rama categorically denied the existence of the 15 conditions set by the Council, the EPP submitted an amendment to the European Parliament’s resolution, which calls on the European Council and European Commission to emphasise that Albania must satisfy all 15 conditions before the first Intergovernmental Conference. The amendment is expected to receive a large support. The Zagreb EU summit in May stressed again the Albanian conditionality; this was echoed positively by all political groups including the Socialists and Democrats who in the past tended to protect their sister party in the Tirana government. The EPP also hints at normalizing the local government by early elections, perhaps on the same day as the general ones. The municipalities in Albania are run only by the ruling party as the 2019 were legally questionable and no opposition party contested them. The German Bundestag and subsequently the General Affairs Council put the clarification of their legality as another condition.

Brussels’ delegation in Albania has a bad reputation of misinforming Brussels on the real situation in Albania. The special relations developed between the previous chief, Romana Vlahutin, and Rama resulted that the EU not being properly informed about the real situation on the ground regarding the mass production and export of illegal drugs in Albania, a fact that has transformed Albania into the Colombia of Europe.

Drugs, including locally grown cannabis, were transported from small Albanian airfields located on the plantations where the psychoactive substance is grown to Italy and from there to the rest of Europe. The Commission learned about this important information from New Europe, despite the fact that Albanian gangs are considered among the world’s top heroin, cocaine, and cannabis traffickers by American law enforcement officials.

The practice of the EU delegation to provide limited and often misleading information to Brussels continues under the new management. The Tirana EU Delegation and the Directorate-General of the Near and the European External Actions Service have both been regularly criticised by the Member States, which have their own embassies in Tirana and who get an objective picture of the situation, rather than the far too rosy reports that the EU’s mission regularly passes on about Albania.

During a press conference on June 10, Rama insisted that “There are not 15 conditions for going to the first Intergovernmental Conference. There aren’t. They do not exist. I know that you hear it being repeated and you repeat it too. Do not repeat it. There aren’t 15 conditions.”

However, the EU Council clearly stated that “prior to the first intergovernmental conference”, Albania should adopt and ensure a number of actions in key areas. These include initiating proceedings against those accused of vote-buying (including senior Socialist Party officials, members of Parliament, police, and potentially Rama himself), initiating criminal procedures against judges and prosecutors, further progress in protecting minorities, the reestablishment of the Constitutional and High Court, and amending the media law in line with the Venice Commission recommendations.