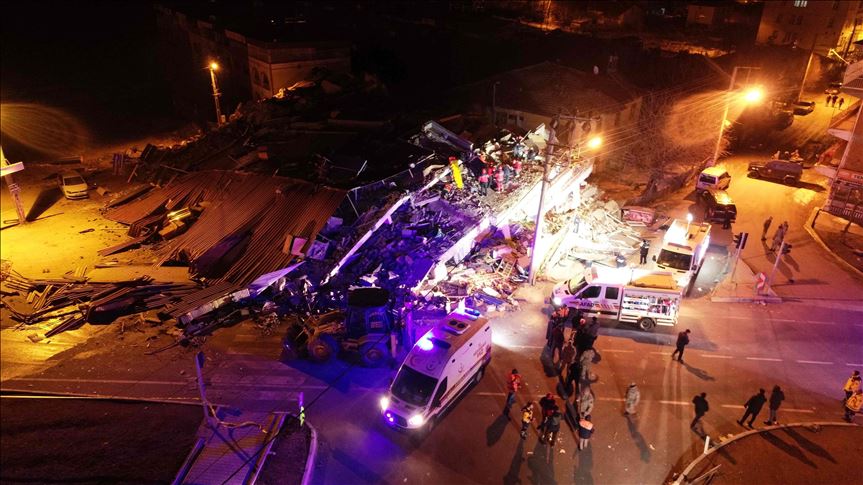 The Disaster and Emergency Management Presidency (AFAD) said 13 people were killed in Elazig province, 4 in Malatya and one in Diyarbakir, southeastern Turkey.

Earlier, Interior Minister Suleyman Soylu said 553 people were injured and transferred to hospitals, adding that facilities have been opened to serve those who have been affected.

Five buildings in Sivrice district of Elazig and 25 in Doganyol district of Malatya were destroyed, said Environment and Urbanization Minister Murat Kurum.

He also cautioned residents not to go into damaged buildings.

The AFAD said 118 aftershocks, with magnitudes ranging from 2.7 to 5.4, were felt following the powerful quake.

It said hundreds of tents, beds and thousands of blankets were dispatched to cities.

This is not the first quake to hit Turkey in 2020. A 5.4-magnitude quake jolted western province of Manisa on Wednesday. And Ankara was rattled by a 4.5-magnitude quake Thursday.

A total of 51 people were killed in 2010 when a 6.0-magnitude quake hit Elazig province.