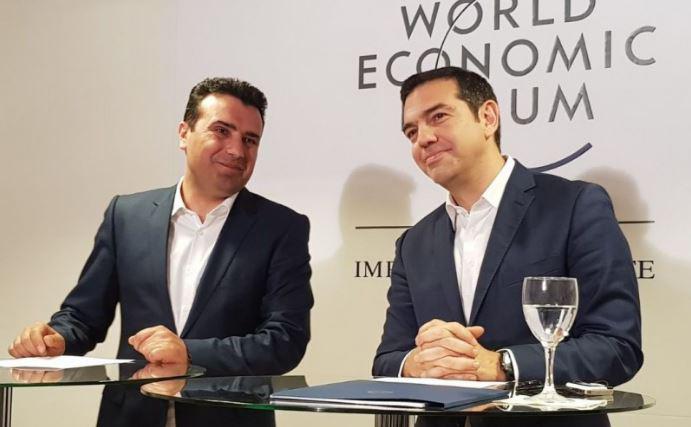 Nobel Prize winner for Peace (2015) Wided Bouchamaoui notified by mail FYROM Prime Minister Zoran Zaev that she had formally submitted his and Prime Minister Alexis Tsipras’ names as candidates for the 2019 prize.

Greece and the Former Yugoslav Republic of Macedonia sig-ned the Prespes Agreement in June 2018 to resolve a conflict over the latter country’s name, which is being changed to "Republic of North Macedonia" after ratification by both countries’ parliaments. According to an official statement from FYROM, Boucha-maoui expressed the belief that the Prespes Agreement is a model for the peaceful and constructive resolution of bilateral and multilateral differences between neighbouring countries, one that could be used in the Balkans and elsewhere.

The ratification of the Agreement by both countries shows that talks, positive energy, decisiveness and the sense of good neibhourliness are keys to resolving all issues, regardless of pressure from nationalists of either side, she noted.

Bouchamaoui was a member of the National Dialogue Quartet, a group of labour unions, business and civil society organisa-tions that won the 2015 Nobel Peace prize "for its decisive contribution to the building of a pluralistic democracy in Tunisia in the wake of the Jasmine Revolution of 2011," as the prizes’ official page notes.