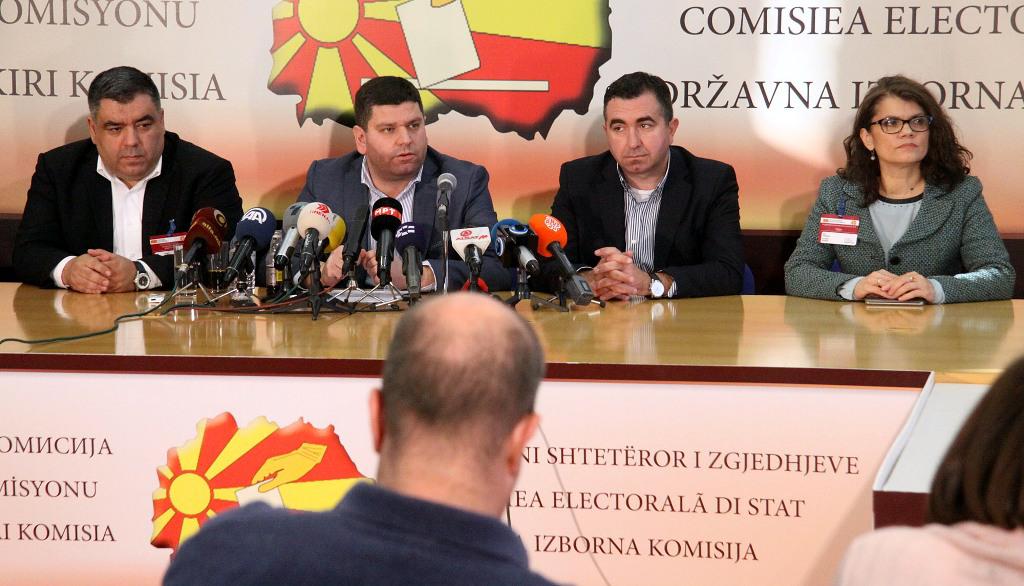 Polling stations in FYROM have closed at 7 pm and the Central Election Commission has considered the electoral process a quiet one without major irregularities. Aleksandar Cicakovski, head of SEC, said that election results are being published and that until 21:00, 24% of ballots or 852 out of 3500 polling stations have been counted.

According to the results published so far, VMRO-DPMNE leads with 67 thousand votes, Macedonian opposition follows with SDSM with around 58 thousand votes and then BDI (Democratic Union for Integration) and BESA Movement.

“This was a successful day. The elections were held in a positive atmosphere”, said the head of SEC, Aleksandar Cicakovski.

After the voting, BDI leader, Ali Ahmeti called on political parties to accept the election result.

“Political parties must accept the election result. These elections are supposed to improve the image of the country, but they also related to many processes that expect to be solved in the future”, Ali Ahmeti said.

Apart from appealing for massive participation in the voting, Menduh Thaci, leader of PDSH said that several irregularities have been identified. “I call on the State Election Commission and police to take measures in order for this situation not to escalate”, Thaci said.