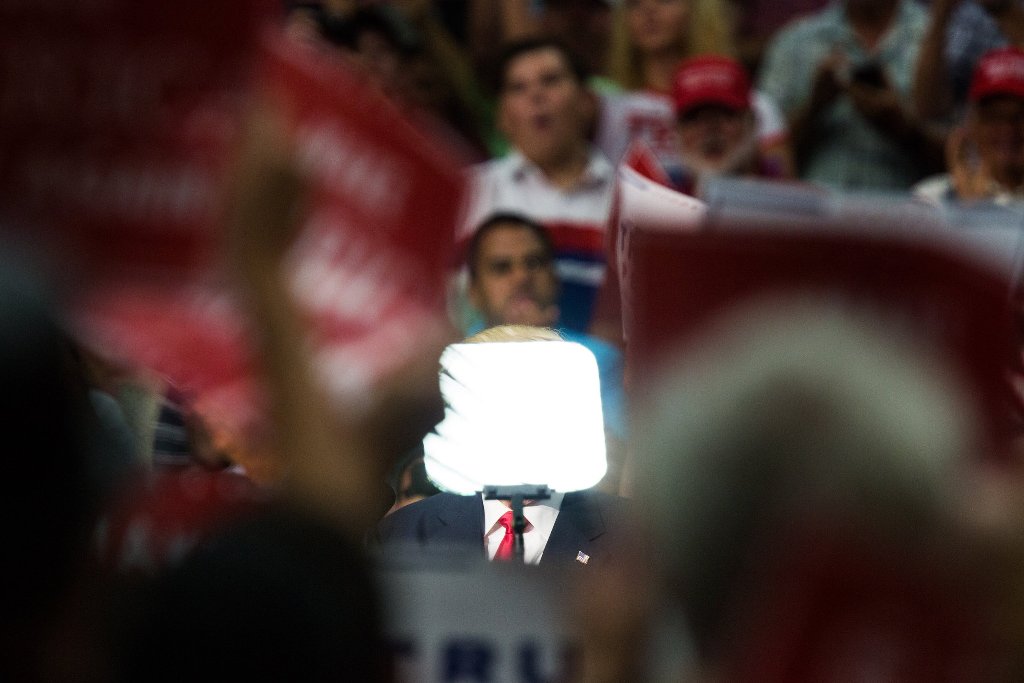 Long ago, you-know-who suggested that propagandists should apply the “big lie” technique: make their falsehoods so huge, so egregious, that they would be widely accepted because nobody would believe they were lying on that grand a scale. And the technique has worked well for despots and would-be despots ever since.

But Donald Trump has come up with something new, which we can call the “big liar” technique. Taken one at a time, his lies are medium-size — not trivial, but mostly not rising to the level of blood libel. But the lies are constant, coming in a steady torrent, and are never acknowledged, simply repeated. He evidently believes that this strategy will keep the news media flummoxed, unable to believe, or at least say openly, that the candidate of a major party lies that much.

And Wednesday night’s “Commander in Chief” televised forum suggested that he may be right.

Obligatory disclaimer: No, I’m not saying that Mr. Trump is another Hitler. More like Mussolini. But I digress.

Back to the issue: All politicians are human beings, which means that all of them sometimes shade the truth. (Show me someone who claims to never lie, and I’ll show you someone who is lying.) The question is how much they lie, and how consequentially.

Not to put too fine a point on it, Hillary Clinton has been cagey about her email arrangements when she was secretary of state. But when you look at what the independent fact-checkers who have given her a “pants on fire” or “four Pinocchios” rating on this issue actually have to say, it’s remarkably weak: She stands accused of being overly legalistic or overstating the extent to which she has been cleared, but not of making major claims that are completely at odds with reality.

Oh, and it barely got covered in the media, but her claim that Colin Powell advised her to set up a private email account was … completely true, validated by an email that Mr. Powell sent three days after she took office, which contradicts some of his own claims.

Mr. Trump, on the other hand, is in a class of his own. He lies about statistics like the unemployment rate and the crime rate. He lies about foreign policy: President Obama is “the founder of ISIS.” But most of all, he lies about himself — and when the lies are exposed, he just keeps repeating them.

One obvious question going into Wednesday’s forum was whether Mr. Trump would repeat his frequent claim that he opposed the Iraq war from the start. This claim is demonstrably false: His only documented prewar remarks on the subject support the war, and the interview he likes to cite as evidence of his prescience took place more than a year after the war began. But he keeps saying it anyway; if he did it again, how would Matt Lauer, the moderator, respond?

Well, he did do it again — and Mr. Lauer, who used about a third of his time with Mrs. Clinton talking about emails, let it stand and moved on to the next question.

Why is it apparently so hard to hold Mr. Trump accountable for blatant, in-your-face lies? Part of the answer may be that journalists are overwhelmed by the sheer volume of outrageous material. After all, which Trump line should be the headliner for a news analysis of Wednesday’s event? His Iraq lie? His praise for Vladimir Putin, who “has an 82 percent approval rating”? His denigration of the American military, whose commanders, he says, have been “reduced to rubble”?

There’s also a deep diffidence about pointing out uncomfortable truths. Back in 2000, when I was first writing this column, I was discouraged from using the word “lie” about George W. Bush’s dishonest policy claims. As I recall, I was told that it was inappropriate to be that blunt about the candidate of one of our two major political parties. And something similar may be going on even now, with few people in the media willing to accept the reality that the G.O.P. has nominated someone whose lies are so blatant and frequent that they amount to sociopathy.

Even that observation, however, doesn’t explain the asymmetry, because some of the same media organizations that apparently find it impossible to point out Mr. Trump’s raw, consequential lies have no problem harassing Mrs. Clinton endlessly over minor misstatements and exaggerations, or sometimes over actions that were perfectly innocent. Is it sexism? I really don’t know, but it’s shocking to watch.

And meanwhile, if the question is whether Mr. Trump can really get away with his big liar routine, the evidence from Wednesday night suggests a disheartening answer: Unless something changes, yes he can.