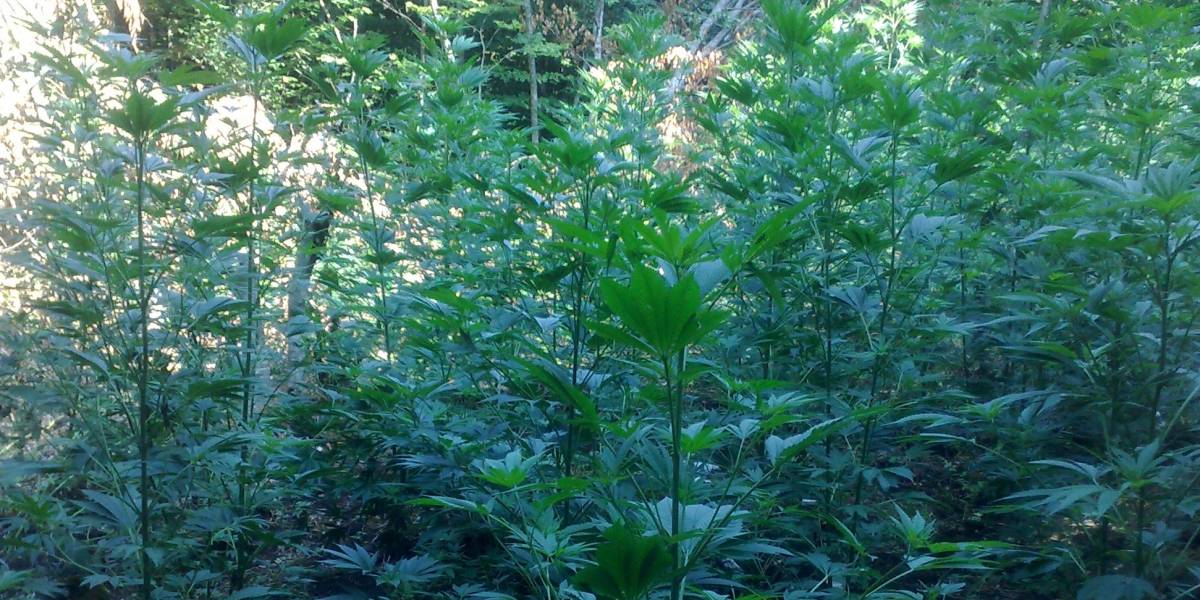 The 2016 EU Drug Markets Report, published today bythe European Monitoring Centre for Drugs and Drug Addiction (EMCDDA) and Europol, estimates that Europeans spend at least €24 billion on illicit drugs each year, making it one of the main profit-generating activities for organised criminals in Europe. The report provides a state-of-the-art analysis of the EU illicit drug market, covering the trends along the supply chain from production and trafficking to marketing, distribution and consumption. It also analyses the considerable costs of these markets for society including their impact on businesses, government institutions, neighbourhoods, families, individuals and the environment.

Presenting the report’s findings Dimitris Avramopoulos, European Commissioner for Migration, Home Affairs and Citizenshipsaid: "Today’s drug business criminals are quick to exploit and harm global flows of transport, goods and people, while posing a threat to public health. They use new technology and the internet, the growth of global trade and commercial infrastructure to perform their criminal activities rapidly across international borders. In addition, the instability in regions neighbouring the EU could have potentially profound effects on the drug market in Europe. This valuable report explores the links to other criminal activities and how the illicit income from the drug trade can fund migrant smuggling and terrorism, and undermine international development efforts."

Alexis Goosdeel,EMCDDA Director, added"The EU drug market is driven by two simple motives: profit and power. Understanding this, and the wider impacts of drug markets on society, is critical if we are to reduce drug-related harm. This knowledge is essential for the development of new strategies for tackling crime and safeguarding the health, security and prosperity of our citizens”.

Rob Wainwright, Europol Director, said"Illicit drug production and trafficking remains one of the largest and most innovative criminal markets in Europe. As it grows more complex and becomes entwined with other forms of crime, and even terrorism, it represents a key threat to the internal security of the EU. Concerted cross-border law enforcement cooperation is essential in reducing its scale and impact, and this can be achieved through the unique operational capabilities of Europol and other EU instruments."

The report — accompanied by a Strategic Overview — combines the EMCDDA’s drug monitoring and analytical skills with Europol’s operational intelligence on trends in organised crime.It describes a market which is constantly evolving, adaptable and opportunistic, posing a key challenge for policy-makers, law-enforcement agencies and public health.

The report shows that, while traditional trafficking routes persist, diversification continues. Routes appear to be less commodity-specific than before, whilst legitimate transport and logistic infrastructures continue to be exploited, with maritime containers representing a convenient channel for large consignments of drugs to be imported into Europe. Recent developments in internet markets including the dark net, anonymising software and crypto-currencies also offer new opportunities for online drug supply.

Three main themes emerge from the analysis in the Report:

Increasing links between drug trafficking and other forms of crime: organised crime groups involved in the drug market are diversifying across multiple drugs, engaging in other forms of criminality including terrorism, forming alliances across ethnic and geographical borders and harnessing specialist expertise.

Accelerated rate of change in the drug market due to globalisation and technology: criminal groups are quick to exploit opportunities provided by easier access to information, the internet and the growth in international trade.

Geographical concentration of groups specialised in drug related crimes:drug production or trafficking are concentrated in specific geographical locations, within Europe and elsewhere; some are long established, while new zones are also emerging (e.g. heroin trafficking through the Southern Caucasus).

The Report highlights how coordinated action at EU level can make a difference in tackling the illicit drugs trade, and outlines a comprehensive range of recommendations and action points in key areas to inform future policies and initiatives. The EU Drugs Strategy (2013–20) and Action Plan (2013–16) provide a framework for addressing illicit drugs in the EU, complementing Member States’ national strategies. The overarching objective is a measurable reduction of the availability of illicit drugs through the disruption of trafficking, dismantling of Organised Crime Groups, efficient use of the criminal justice system, effective intelligence-led law enforcement and increased intelligence sharing, and an EU-level emphasis on large-scale, cross-border and organised drug-related crime.

Dutch and ethnic Vietnamese OCGs, in particular, are well established and are expanding cannabis herb production in several EU Member States. They also provide know-how and equipment to other criminal groups that want to start cannabis production. Intensive domestic production sites have not only been linked to violent inter-group crime and to electricity theft but are also associated with human trafficking activities. Moroccan OCGs, working in partnership with European groups, have an established role in the importation and sale of cannabis resin in the EU, with the Netherlands and Spain acting as key distribution points. However, both countries may also be important herbal cannabis producers, since a recent increase in seizures in Spain suggests growth in production. Albanian-speaking groups play a variety of roles as producers of cannabis herb in both the EU and Albania and as distributors of Afghan resin, which is making inroads in some EU countries.

In Europe, herbal cannabis tends be produced for sale on domestic markets and in neighbouring countries rather than for export outside the region. Although some cannabis herb is imported from outside the EU, it is probable that most of what is available on European markets is produced in Europe itself. A data collection tool on the number and scale of the cannabis cultivation sites dismantled by law enforcement in Europe has recently been developed by the EMCDDA and Europol. The implementation of such a data collection will systematise information on this topic, allowing a more reliable analysis of the situation. Major herbal cannabis-producing countries in the Balkan region, including Albania, Serbia, Bulgaria and, to some extent, Kosovo (14), supply the markets of central-eastern and south-eastern Europe. Albania appears to have been an important outdoor producer; however, this situation may have changed recently as a result of intensive eradication efforts in the summer of 2014. Cannabis plants were found growing on several hundred hectares in the southern municipality of Lazarat, in a mountain region near the Greek border, although commercial cannabis production probably also occurs elsewhere in Albania. Greece, where cannabis herb is also produced, is a major entry point into the EU for Albanian cannabis herb, which is distributed in several EU Member States, including Italy, Croatia, Hungary, the Czech Republic and Austria. In addition, some Albanian herb may also be sold in western Europe, for instance in France and Germany. Furthermore, Europol indicates that low-potency cannabis herb produced in Albania is trafficked to the Netherlands and used to adulterate higher-potency cannabis, the mixture being destined for the UK market. Some Member States, such as Belgium and the United Kingdom, report that some cannabis herb is imported from sub-Saharan Africa and the Caribbean. Finally, the Ukraine has emerged as an apparently large producer of cannabis in recent years; however, as yet it has not been reported as a significant source of cannabis for European markets.

The important role played by Dutch OCGs in cannabis production has been described above, and Dutch OCGs are known to collaborate with Albanian-speaking and Moroccan criminal gangs involved in the cannabis trade. It should also be noted that some OMCGs are involved in cannabis cultivation in the Netherlands, and in the trafficking of cannabis products to countries in northern (e.g. Denmark, Finland), north-western (United Kingdom, Belgium) and central Europe (Germany, Austria). The Netherlands is also an important distribution centre for cannabis resin, especially from Morocco, trafficked via Spain, and from there to the Netherlands via France and Belgium.

trafficking into Europe. Cooperation between groups, and with local OCGs, exists and may be increasing. The use of decentralised business models facilitates the sharing of assets and logistics, and results in risk displacement. OCGs are involved in trafficking of multiple drugs, precursors, weapons, other illicit commodities and, sometimes, migrants.

Moroccan criminal groups are major players in the supply of cannabis resin to Europe, sometimes in partnership with European OCGs, for instance Dutch and Albanianspeaking OCGs. Some Moroccan OCGs are able to control the whole chain of trafficking, from production in the Rif mountains to retail sales in, for instance, Marseille, France. In addition, their control over wholesale imports and sales allow them to exert significant influence on most markets in Europe. These groups are reported to cooperate with each other through Moroccan communities living in Europe, especially France, Belgium, the Netherlands and the Nordic countries. Albanian OCGs are reported to be involved in the trade of Afghan cannabis resin, mostly to eastern and central Europe and, via the Netherlands, the United Kingdom. However, it seems that the United Kingdom also receives Afghan hashish directly from South-West Asia.

Albanian OCGs are reported to be involved in the trade of Afghan cannabis resin, mostly to eastern and central Europe and, via the Netherlands, the United Kingdom. However, it seems that the United Kingdom also receives Afghan hashish directly from South-West Asia.

The importance of the Balkan route

The Balkan route remains a key corridor for heroin entry into the EU. This area therefore

Caucasus and Syria and Iraq. Turkey, in terms of both organised crime activities and antitrafficking measures, remains of central importance, especially given its proximity to areas of instability in the Middle East. Potential connections between flows of heroin and other drugs and terrorist groups in this region are a major concern, and Turkey is a key partner to help counter these threats.

Trafficking within the EU

Within the EU, trafficking is mainly organised by Turkish, Pakistani and Albanian-speaking OCGs with links to a wide range of local OCGs. Heroin is transported onward from the area of production by land, sea and air to the destination market. The major container ports of Rotterdam and Antwerp form an important hub, while Pakistani shipments to the United Kingdom and Spain (Barcelona) then flow to Portugal, France and Italy. The involvement of Turkish OCGs in the heroin trade in the Netherlands is illustrated by the extensive media coverage of a series of linked assassinations of members of Turkish heroin OCGs and Dutch-Turkish criminals in the Netherlands (Amsterdam) and in Istanbul in 2014 and 2015. /ibna/