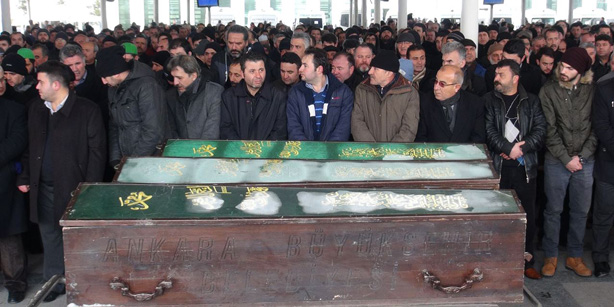 A man in Ankara killed three members of his family before taking his own life on Monday evening, with two people surviving the attack with injuries.

The incident took place after the 51-year-old father identified as Ahmet C. learned that one of his daughters had been sexually assaulted three years earlier.

The father then took his gun and shot five members of his family, reportedly for not telling him of the assault.

His wife, son and one daughter died at the scene, while two of his other daughters were taken to the Dışkapı and Gülhane Military Academy of Medicine (GATA) hospitals in the capital, with one in critical condition.

An investigation into the murders has been launched by the police.