Evaggelos Meimarakis, President of New Democracy: We will bring back the smile on Greek people 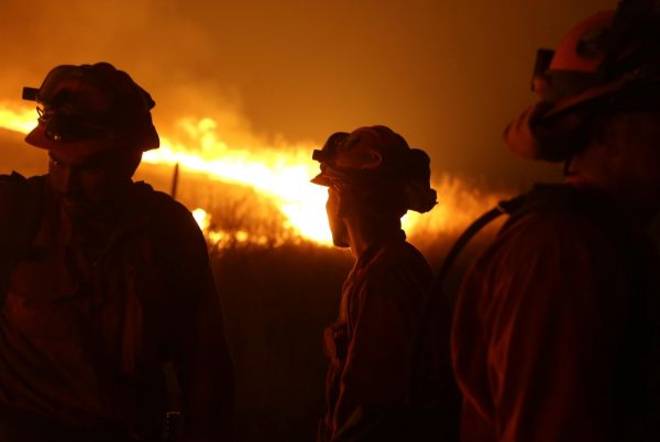 IBNA: Mr President, the central slogan in the Sep 20 election campaign is “Greece Forward”. Who took Greece backwards? Was it the seven month period Syriza was in power or is your party, New Democracy and its governments responsible too for this setback?

Everyone now understands that the dangerous experiments of the Syriza – ANEL coalition government plunged the country in the deepest waters of the crisis and cost us a lot, too much. Never in the past has so much damage been made in such a short space of time. In seven months the country returned to recession after the recovery in 2014, unemployment increased flowing a small decrease in 2014, industry turnover is shrinking, the Stock Market has collapsed, internal default has suffocated the economy and finally Mr. Tsipras’s supposed negotiation will cost citizens approximately 90 billion euros.

So where is New Democracy responsible having handed over the country with continuous primary surpluses for 2 years, with the old state arrears decreased by 8 billion euros, with growth not recession, while the tax burden had also started to somewhat be lighter with the extraordinary contribution down 30% and the special tax on oil down 30%, VAT on dining down 40%, and with the country exiting the crisis?

So this is what we mean when we talk about taking Greece Forward. To consult and cooperate with all the political forces that believe in the country’s European course and secure political stability in order to restore business and investor confidence.

IBNA: You talk about the need for political civility. However, the last few days were consumed with characterizations and accusations on both sides, which is far from promoting political dialogue and political civility. On the other hand, all each party does is reproduce the “lies” of rival parties, avoiding to take a stance on what should be done on a series of key issues. Do you believe this is the best way to address the Greek voter?

Since 2009 New Democracy has run campaigns which told Greek people the painful truth. Instead, as I have told you many times, I never tried to cheat. I speak spontaneously, but I never swear and I’m never divisive. Mr. Tsipras has used strong and abusive language as have his party’s officials about their New Democracy counterparts in the recent past. You will have heard them – I believe – calling us “Nazi collaborators” and “Merkelists” and urging people to condemn us! I don’t remember anyone at the time questioning the president of Syriza when he called his opponents “murderers of society”. Where was the sensitivity of some when he said in a pre-election speech “here’s Rhodes, the romp will come later”? At the end of the day, how else would you refer to a party leader who assured party leaders that he did not intend to lead the country to elections before admitting in retrospect that he had long before planned to escape from government and call an election?

IBNA: Mr. President, you have accused Mr. Tsipras of trying to escape by calling an election. Is going to the people an attempt to escape when he has essentially lost the support of his MPs and has implemented a policy which is foreign to him and different to what he run on before being elected? Shouldn’t power derive from the people after all?

The government got 251 votes from its own and opposition MPs to renegotiate with the European Union. It never lost its mandate since it never asked for the confidence of the House as the Constitution stipulates. According to the Constitution and the Law, power does not only come from the people but the way this power is administered is also determined.

Mr. Tsipras resigned and handed over the exploratory mandate he was handed by the President of the Republic immediately, he refused to discuss the possibility of forming a new government with anyone. He also confessed that he had decided since July 12 to call an election. All these actions show that he was in a hurry to leave before the consequences of the agreement he made for the country were revealed, leaving the difficult next day and the implementation for someone else.

IBNA: In recent years, the dilemma that dominated election battles was “yes or no” to the EU, “yes or no” the euro and I think that now an answer has been given to these dilemmas. Who would be the better manager? Why would your management be better when you weren’t able to prove it in previous years? What has changed?

If we proved anything in the last few years it is that we put the country above everything without false dilemmas. This makes us credible. We did not hesitate, at a great cost, to fight the problems the country faced and achieve to bring Greece to a better state than when we first began in 2.5 years. As you know reforms don’t occur magically. Over time, when New Democracy held responsibility, it carried out major structural reforms. The big privatization of Olympic Airways occurred, the Piraeus Port was exploited, energy agreements were made as well as for the regional airports. We laid the groundwork for growth to return to the country. Besides, during the New Democracy governments from 2004 to 2009 but also from 2012 to 2014 reforms were carried out in in education, health, tourism, infrastructure, investment and in the way the state operates.

IBNA: Mr. President, Konstantinos Karamanlis made Greece a member of the then EEC, Do you think that Greece is walking the road which the founder of your party envisaged? In your narrative in the upcoming election, is there a place for the EU and the changes that may be required? Should and could the EU change so that the policy applied in Greece can also change, and how?

The European Union over time was a union of states to promote peace, security and prosperity of its peoples and managed to offer a great many to the European continent and its history. New Democracy was and will be the political force that guarantees Greece’s European course. Of course there have always been periods when the integration of European institutions was delayed, like today. However, member-states have adopted a culture of consensus and compromise which ultimately allows us to move forward steadily.

In this context, we must exploit all available political and financial tools. And they are many. The acceleration of the procedures for utilizing the Juncker package. Unlocking and exploiting the NSRF. The immediate establishment of national administrative authorities for handling refugee flows in order to derive the available European funds for the immigration problem.

Beyond this, relying on the vision of the founding fathers of the European Union, we ought to make the necessary steps for economic and political integration so that we can achieve a strong and regenerated Europe of which our citizens can be proud.

IBNA: You have stated that on Sep 21 the Greek people can smile again. Are you ready to cooperate and with whom in order to achieve this? Is there hope?

Of course there is. We never said that with a magic wand we will change everything. But we will restore stability, confidence, the trust that the Tsipras government brought down. From the moment we will be the first force a broad cooperation could start to form of the political powers of the European front for a full term government, based on a national plan for economic and social restoration, according of course with the verdict of the Greek people. The country needs cooperation, consultation, consensus, and composition.

Of course, to date Syriza reaffirms that it calls the Greek people to give it an outright majority otherwise it could only cooperate with ANEL and nobody else. Is this respecting the majority of the people? Or even to the popular verdict which has not yet been expressed?

For us Greece is the absolute priority and we will do everything it takes to put the smile back on the faces of the Greek people. /ibna/