Tsipras: Why I opted for snap elections 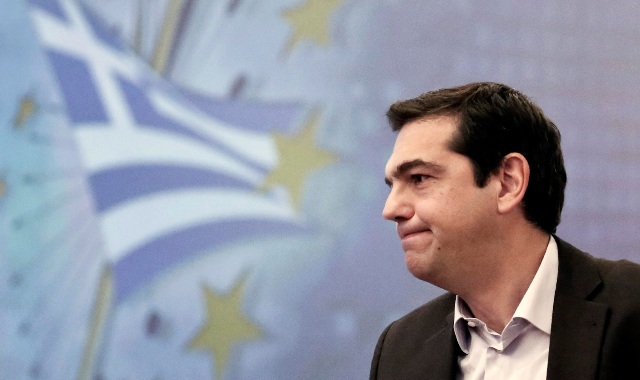 The Prime Minister in his address explained the reasons which led to the decision for early elections.

After describing the difficulties of the negotiation, Alexis Tsipras argued that all the limits of the popular mandate received on January 25 have been exausted and puts all the achievements and mistakes he made before the judgment of the Greek people. At the same time he launched an attack against the dissenters of the Left Platform and said he is proud of the work of his government.

“We have not lived our most beautiful days yet. I will run for power more experienced and more down to earth, but without betraying our principles”, said the Prime Minister.

What does the Constitution provide for the exploratory mandates

Without the support of the PG of SYRIZA and ANEL it is mathematically impossible to form another government.

Thus, it is more likely that all procedures be carried out rapidly – possibly within 24 hours. The President of the Republic will then order the formation of a caretaker government to conduct national elections after 21 days.

Specifically, the Constitution provides that if the exploratory mandates prove to be unsuccessful, as is pretty much expected, the President should invite the party leaders and, if it is again confirmed that the formation of a government that has the support of the Parliament is impossible, he seeks the formation of a government by all parties of the House, in order to go to elections and in case of a failure instruct the President of the State Council or the Supreme Court to form a government, with the widest possible acceptance, to carry out elections, and then dissolves the House.

Under electoral law, and because it has been less than 18 months from the previous election (January 25th), the elections will be carried out with a list, that is the citizens will not vote for candidates, just parties.

The first reaction from Brussels

The first reaction from Brussels on September’s early elections came from the “tweet” of the representative of Jean Claude Juncker, Martin Selmayr, who stated that in this way the support to the program can be expanded.

“Early elections in Greece can be a way to broaden the support to the ESM programme, which was just signed by Prime Minister Alexis Tsipras on behalf of Greece”, he wrote on Twitter. /ibna/