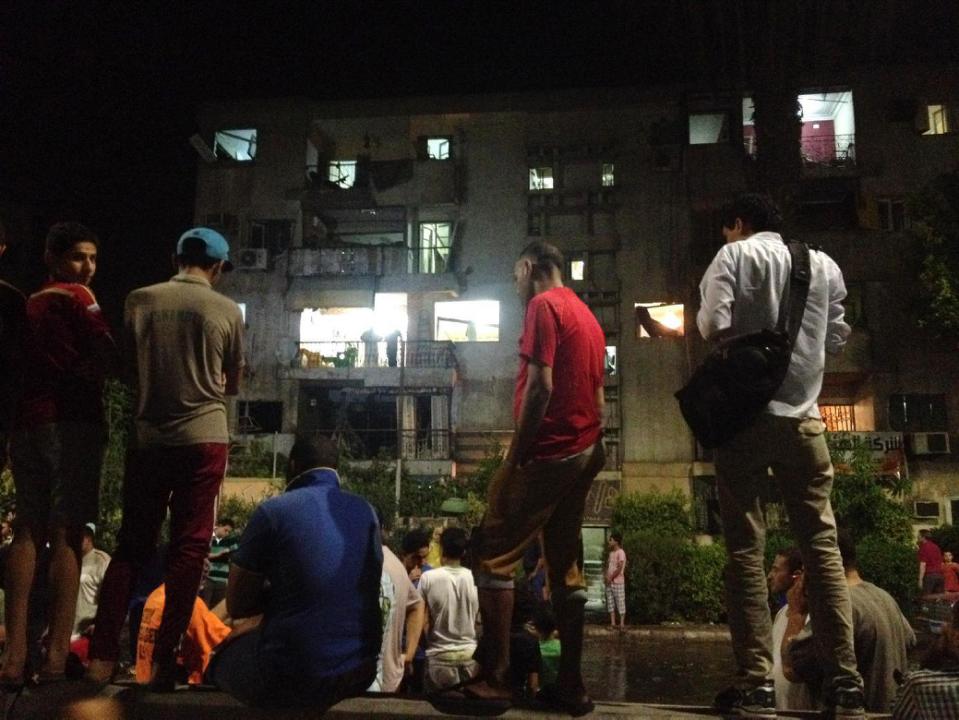 A large bomb exploded early Thursday near a national security building in the Shubra neighborhood of Cairo, wounding at least six people including at least one police officer, Egyptian security officials said.

There were no immediate reports of deaths from the explosion, which tore the facade off of the government building. For blocks around the blast site in the popular residential neighborhood, glass from blown-out windows could be seen on the street.

A new anti-terrorism law was finalized this month amid a wave of attacks and killings this summer, including the assassination of Egypt’s attorney general by a car bomb in Cairo. The far-reaching new law sets a sweeping definition for who can face a harsh set of punishments, including journalists who don’t toe the government line.

The Cabinet approved the draft law last month, two days after a car bomb in an upscale Cairo neighborhood killed the country’s prosecutor general, Hisham Barakat. On the day it was approved, Islamic militants launched a multi-pronged attack attempting to seize a northern Sinai town, hitting the military with suicide attacks and battling soldiers for hours.