Tsipras: German taxpayers are not paying for Greek pensions 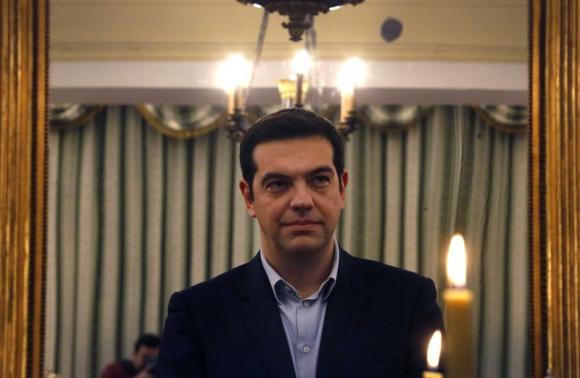 During a negotiation, an exchange of arguments is legitimate so long as there is sincerity and good faith between the parties.

Otherwise, when the dialogue is ongoing with no end in sight then the methods used are akin to those described by the great German philosopher Schopenhauer in “The Art of Always Being Right”!

For example, it is unfair to selectively use statistical indexes — even if they are endowed with the prestige of distinguished economists, such as Olivier Blanchard– to produce unsupported generalizations that obscure reality.

As such, I’d like address a popular myth that the average German taxpayer has been led to believe.

Namely, that he is paying for the wages and pensions of the Greek people. This is absolutely false.

I don’t deny that our social security system has problems. But it’s important to point out the root of the problem and how it can be resolved. There were many cutbacks in recent years that only served to further the recession and make the problem even worse.

It may sound somewhat suspect that 75% of the primary expenditure is used to pay for salaries and pensions. If it sounds unbelievable—that’s because it is: only 30% of the primary expenditure concerns pensions. Moreover, it’s important to note that wages and pensions are not the same thing, and assessing them together is a serious methodological error.

The comparison with Germany’s pensions is also rather misleading. According to the Ageing Reports (2009, 2015), pension expenditure in Greece rose from 11.7% of GDP in 2007 (slightly higher than the 10.4% in Germany) and reached 16.2% in 2013 (while in Germany the numbers remained almost stable).

Simple arithmetic is sufficient to reach the conclusion that the increase in pension expenditure as a percentage of GDP is entirely due to a decline in GDP (denominator), and not to an increase in expenditure (the numerator). In other words, GDP declined faster than the pensions.

Concerning retirement ages, could it be that in Greece employees retire much younger?

The truth is that the retirement age in Greece is 67 years for men and women, i.e. two years more than in Germany.

The average exit age from the labor market for men in Greece is 64.4 years, i.e. eight months earlier than the 65.1 years in Germany, while Greek women retire at 64.5 years, about 3.5 months later than German women who retire at 64.2 years.

I wanted to highlight the above –again, not to deny the ailments of our social security system- but to prove that the problem is not one of supposed generous pensions.

The most significant disruption to the pension funds is due to dramatically lower revenues in recent years. These were caused by the loss of assets due to the PSI (haircut of Greek bonds held by the Pension Funds, totally approximately 25 billion euro) as well as – and most importantly – by the sharp drop in contributions that resulted from soaring unemployment, and the reduction in wages.

In particular, during the period 2010 – 2014, approximately 13 billion euro were removed from our social security system through a series of measures with a corresponding reduction in pensions and allowances at a rate of about 50%, a fact which has exhausted any margin for further reductions without undermining the operational core of the system.

Moreover, we must understand that the system is being mainly pressed on the revenue side and less so on expenditures, as is often implied.

I would also like to call attention a matter that is unique to the Greek crisis. The social security system is the institutionalized mechanism of intergenerational solidarity, and its sustainability is a main concern for society as a whole. Traditionally, this solidarity has meant that young people, through their contributions, fund the pensions of their parents. But during the Greek crisis, we’ve witnessed this solidarity being reversed as the parents’ pensions fund the survival of their children. The pensions of the elderly are often the last refuge for entire families that have only one or no member working in a country with 25% unemployment in the general population, and 50% among young people.

Faced with such a situation we cannot adopt the logic of blind and horizontal cuts, as some have asked us to do, which would result in dramatic social consequences.

On the other hand, we are not indifferent to the present condition of our social security system, and we are determined to ensure its sustainability.

The Greek government submitted specific proposals concerning the social security system’s reorganization. We agreed to the immediate abolition of the early retirement option that increases the average retirement age, and we are committed to moving forward immediately with the consolidation of the pension funds, thus reducing their operating expenses and restricting special arrangements.

As we analyzed in detail during our discussions with the institutions, these reforms function decisively in favor of the sustainability of the system. And like all reforms, their results will not be apparent from one day to another. Sustainability requires a long-term perspective and cannot be subject to narrow, short-term fiscal criteria (e.g. reducing expenditure by 1% of GDP in 2016).

Benjamin Disraeli used to say that there are three kinds of lies: lies, damned lies and statistics. Let us not allow an obsessive-compulsive use of indices to destroy the comprehensive agreement that we prepared over the previous period of intensive negotiations. The duty rests on all of our shoulders.