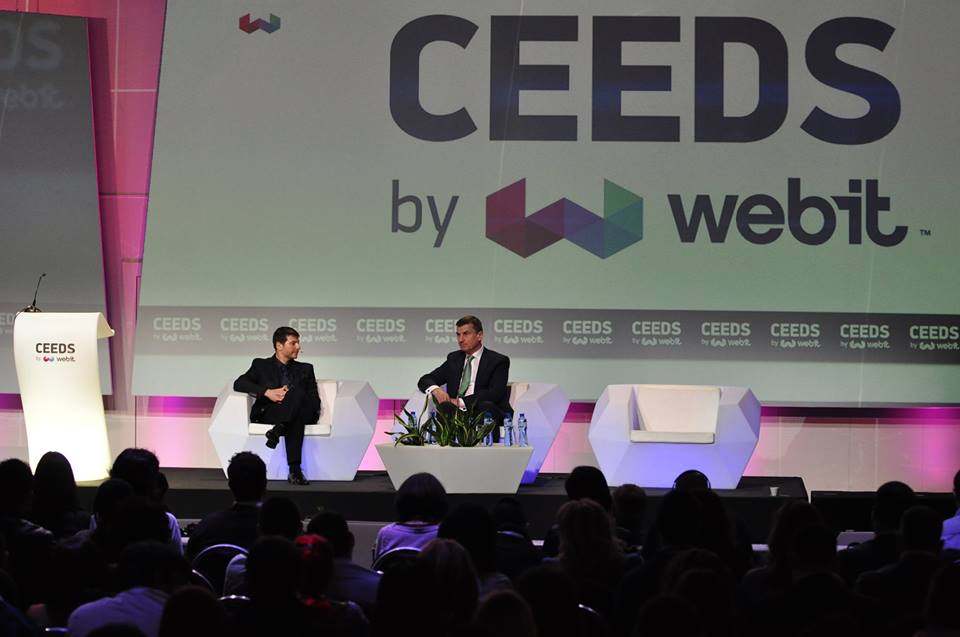 With this quote from the world-renowned engineering genius Ray Kurttsvayl, the serial entrepreneur and investor in technology companies Plamen Russev opened and closed the largest technology conference in Central and Eastern Europe -CEEDS’15 by Webit. He continued "I appeal to businesses across Central and Eastern Europe in this hall to support  Mr. Ansip in his march for the future of Europe".  This words were spoken in support of the Vice President of the European Commission (which was among the speakers at the event) and his efforts to build a so-called. Digital Single Market in Europe.

Why this is so important for Europe? "Technology is evolving and changing the world at a speed that is unknown in the human history so far, and we all know that this is just the beginning. At the present moment, several hundred people mainly from Silicon Valley have real opportunities, positions and the potential to lead the ongoing digital and social revolution.

Europe, with few exceptions, does not play much of a role in this process  and this could be a problem for the Old Continent. And here I want to say that it is not a question of whether America has more talent or Europe. Talent is distributed equally around the world. Education and scale play an increasingly important role today, when the cocktail of digitization and globalization becomes more concentrated. Common European market is almost 30% larger than the US, but very fragmented. Today, Europe has united offline market, but parted digital, unlike the United States. If the business support the initiative for a Digital Single Market, it will mean more value-added goods, more jobs and more innovation in the entrepreneurship development. This is necessary today, when Europe has such high unemployment rate, especially among the young people. Only one startup creates on average 5 jobs – imagine how many jobs would be found if the number of the startups reach  this one in the USA "says Russev. "Just so we can guarantee a future for our children and the potential for Europe to become a creator of technological solutions and a leader in the future, not a user of technology products and services produced in the US or Asia."

During the second day of CEEDS’15 on stage were top managers of SAP, Microsoft, Ford, the Austrian Space Forum, Eliademy, investors Intel Capital, Orange Ventures, 3TS Capital, Forbes Media and many others.

"Alibaba is the largest retailer in the world, even they are not maintaing their own inventory. Facebook is the most popular medium in the world without creating their own content. Airbnb has become the largest provider of travel services and owns no hotels. They "destroyed" business cycles in the form in which we know them at all levels, yet they are all part of the most successful companies in recent years. Ability to absorb the regularities of "shared economy" and the analysis of "big data" is what will drive business in the coming years, "said the stage Igor Boykar – Marketing Consultant of Nike, Uniliver and Amazon.

On the stages of the event were discussed technology in aerospace and evolution of cooperation between human and robot innovation in suits of astronauts and how they interact with the person who wears them.

More affected was the evolution in online education making the traditional pedagogy  more effective. But we do not have to forget also the importance of professional and qualified training.

During CEEDS by Webit were discussed the security of the data analysis and processing "big data” partnership between players on the market as a safe approach to the management of "technological evolution" and many more.

CEEDS’15 by Webit ended up with a panel discussion with some of the most successful Bulgarian entrepreneurs, the  founders of Telerik, Walltopia, Chaos Software, Webit which stated their position that success is not measured only by money but with the opportunity to make people`s life  better.

Only a few days from now – on 11 May in Dubai will take place DIGIT.MENA by Webit, in  the early October in Istanbul will welcome the Webit Global Congress.

Annual Webit Series gather over 15,000 people worldwide and assist entrepreneurs from around the world, providing them with marketing resources, mentoring and opportunity for development by connecting them with investors, media and corporations.

More: How your business will look like in 5 years?

What is the Future of Digital Europe as a Single Market