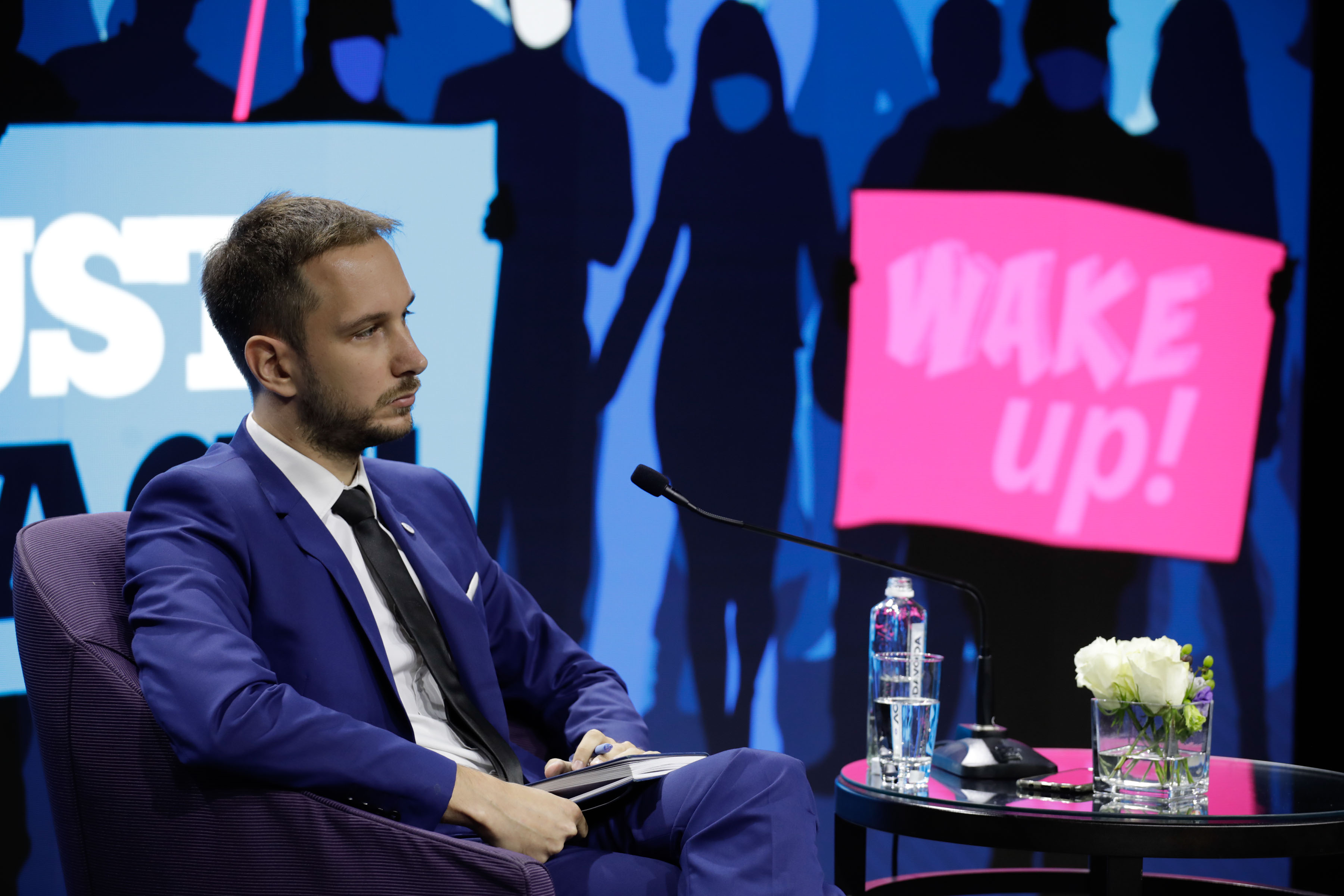 Despite the declared ambition of all Western Balkan countries to join the European Union and their integration and increasing cooperation with NATO, the region is influenced by strong anti-Western narratives that significantly shape the public discourse and influence citizens’ opinions, it was concluded during the panel „Anti-Western narratives in the Western Balkans: Threat to Euro-Atlantic integration? (In partnership with the European Western Balkans), on the 10th Belgrade Security Forum (BSF).

But while the EU and NATO were primarily concerned about external influences on Western Balkan media, it became increasingly evident that there are also important local sources of anti-Western narratives, including both government representatives and local media, panelists stressed.

This panel sought to provide answers to the questions of who produces these narratives, how are they shaped and what is their purpose.

Jasna Jelišić, Head of the Western Balkans Task Force in the EEAS Strategic Communication and Information Analysis Division, told that illiberal narratives are to be watched because they seem to undermine democracy not only in the Western Balkans.

She stressed that many people are tired of waiting for the reforms in the Western Balkans.

“Many people in the region are moving to the EU because there are tired of waiting for the reforms. Its only about the money, but there is also a set of values. The desire of the people in some area of the Western Balkans is above 90% which is the reason for the EU to be there” Jelišić said.

Florian Bieber, Professor of Southeast European History and Politics and Director of the Centre for Southeast European Studies at the University of Graz, said that the region must have actors who are committed to the liberal agenda.

“You must have actors in the region that are committed to the liberal agenda. We don’t have that situation here. That makes the region more susceptible”, Bieber told.

He stressed that the institutions must be able to defend liberal and democratic values, and also take away the magic of fake narratives.

He assessed that the United States and Trump are unconstructive actors when it comes to the Western narrative, adding that they are more illiberal than anti-liberal.

Asya Metodieva, the junior researcher at the Institute of International Relations in Prague, said that the lack of trust contributes to external powers in the region and push their agendas, adding that it is appropriate to talk about competing narratives in the Western Balkans.

She said that external actors outsource their powers to the local actors and use the vulnerability of the region.

“I would say that China is exploiting of the economic gap, and I think that this will have long-term negative effects. China uses economic gaps but there is no political component, but they do create an anti-Western mood. Russia integrates culture and employs media, and uses as well to some to extent economy, particularly when it comes to the energy.  Russia and Turkey have a top-down approach, while China has down-up”, Metodieva told.

She assessed that Turkey is similar to Russia, but there is no reliance to the media component.

According to Metodieva, there is no cooperation between those countries against the West.

“I believe that this anti-Western narrative serves different political agendas. There is no cooperation between those non-EU actors. I would say that there is in some sense competing cooperation against the West”, Metodieva told.

She said that the EU and West investments are conditioned rule of law and reforms, which are not important to other actors, which is why local governments are more interested and attracted to cooperate with investors and foreign powers who do not condition their support.

Nikola Burazer, Programme Director at the Centre for Contemporary Politics and Executive Editor at European Western Balkans, said that the most media in Serbia tend to view Russia favourably when it comes to Russia’s role on Kosovo issue.

According to Burazer, Serbia has a serious problem of propaganda adding that Serbia has a polluted atmosphere where it is impossible to rationally advocate for EU integration.

“Anti-West narratives are not narratives that are created naturally, this is the agenda that someone has to push for some political message and processes. This is dangerous, particularly in Serbia, where it is still in common for someone to be called Western spy and traitor”, he concluded.