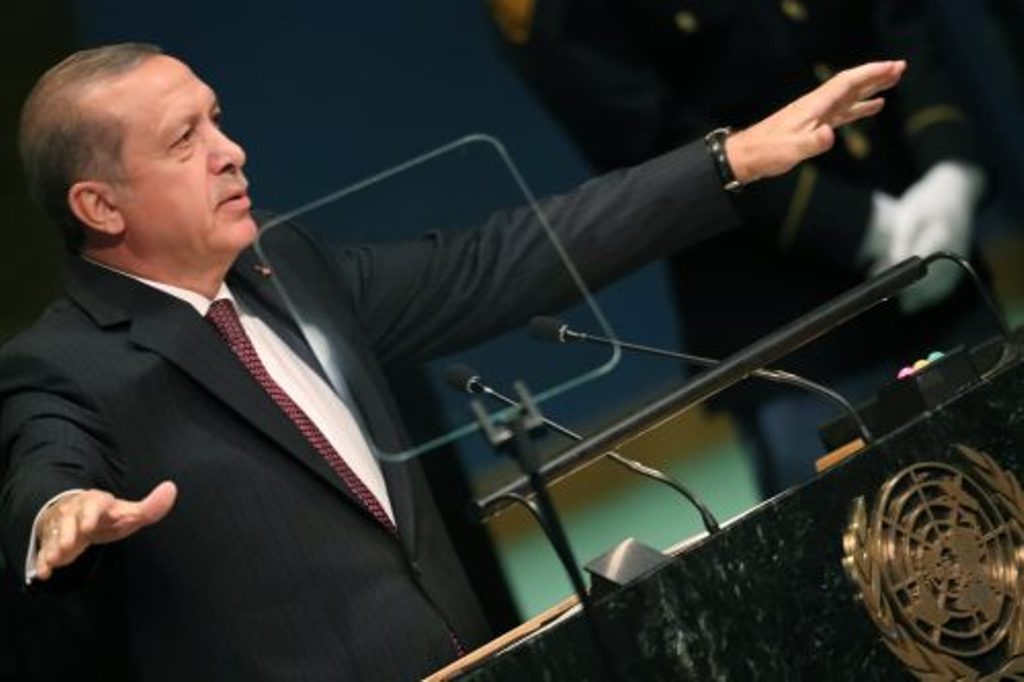 Freedom of the press has been one of the chief casualties of President Recep Tayyip Erdoğan’s rule. He has confiscated newspapers, sued their editors, and imprisoned journalists. Reporters Without Frontiers ranks Turkey’s press freedom 151st in the world out of 180, below Vladimir Putin’s Russia. In the forthcoming year, as Erdoğan’s state of emergency and purge continue, Turkey’s ranking will likely fall further, perhaps even below the Islamic Republic of Iran.

With Turkish print, radio, and television journalism on life-support, what are questions that journalists discuss behind-the-scenes but on which they are not allowed to report?

1.How did Erdoğan become a billionaire?

Erdoğan was born to a relatively poor family in Rize, along the Black Sea. His father was in the coast guard and worked at sea. Erdoğan at one point even sold snacks on the street to make extra cash. He graduated from a religious school in 1973, and immediately embarked on a political career, eventually becoming first mayor of Istanbul and, after a brief stint in prison for religious incitement, prime minister and now president. So here’s the question: How did a man like Erdoğan become a billionaire several times over?

Turks have a pretty good idea: Erdoğan faced 13 corruption probes as a result of his time as mayor; parliamentary immunity meant these were never resolved. The US Embassy reported that Erdoğan had at least eight Swiss bank accounts. He explained some wealth as the result of wedding gifts for his son. Tape recordings — genuine but leaked illegally — show him discussing how to liquidate perhaps a billion dollars in cash. Erdoğan used his power over the courts to quash the case and arrest prosecutors and judges who sought to pursue it. Similar questions about mysterious gains might be asked about his son Bilal (and what exactly happened to Bilal in Italy?) as well as Burak, whose whereabouts are a mystery, Any journalist living in Turkey who seeks to dig into the sources of Erdoğan and his family members’ wealth, however, would find themselves behind bars for decades to come.

2.Where is Erdoğan’s university diploma?

Erdoğan’s official biography says he received a degree in 1981 from the Department of Economic and Commercial Sciences at Marmara University. Here’s the problem: No such department has ever existed at Marmara University. In 1982, the university opened a Faculty of Economic and Administrative Sciences, but there is no record of Erdoğan ever attending it. A four year degree is a prerequisite for the presidency. If Erdoğan lied about having a degree, then can he remain as president? Of course, that assume rule-of-law still matters in Turkey. Cengiz Çandar, an Erdoğan apologist-turned-critic, hasmore here.

3.Is there another story behind the coup attempt?

The July 15 coup attempt, which Erdoğan called “a gift from God,” remains Turkey’s biggest news story of the year.  Within hours, Erdoğan accused followers of Fethullah Gülen, an Islamic thinker with whom he had found common cause until 2013, with organizing the attempted coup. Some followers of Gülen were among those that took part but the Turkish government has yet to present evidence formally to US authorities pointing to Gülen’s complicity.

There are many questions that point to others’ culpability. Many senior military officials involved were not followers of Gülen; indeed, some were far closer to the ruling party. Nor has Erdoğan himself come clean about his whereabouts between 5 pm and 1:30 am the day of the coup. Indeed, it seems Erdoğan knew about the attempt in advance and may even have encouraged it in order to provide an excuse to crackdown. In a normal country, this would be the subject of press inquiry; in Turkey, journalists just take Erdoğan at his word.

Other coup-related issues that the Turkish press is forbidden to investigate involve who was responsible for the deaths of civilians on the evening of the coup. There is anecdotal evidence that many civilians killed were shot seemingly at random by a special unit not under the command of the ordinary military structure. Here, many questions remain about the actions of the SADAT International Defense Consulting company, which some Turks reported before the coup attempt had been allegedly training a secret army to serve Erdoğan alone, a sort of Turkish equivalent of the Islamic Revolutionary Guard Corps. Erdoğan’s subsequentappointment of Adnan Tanriverdi, the head of SADAT, to be his military counsel only adds to the questions. Tanriverdi was dismissed by the Turkish General Staff during the 1997 soft coup and seems bent on revenge against the secular order.

It’s one thing to oppose Fethullah Gülen and resent his movement; it’s another thing to call them a terrorist group on the scale of the Islamic State or Al Qaeda. Erdoğan renaming the Hizmet movement as the Fethullahist Terror Organization (FETO) is simply silly. For journalists to go along with it is unprofessional. But, let’s assume for a moment that the terror definition is valid. Erdoğan justifies the designation in the fact that FETO members bare allegiance to Gülen and have formed a patronage network for their own benefit and power. If that’s the case, then how is that different from the followers of Erdoğan? If it I permissible to talk about FETO as a terror group, would it be equally acceptable to refer to ETO (Erdoganist Terror Organization)? If not, is there a double standard or political filter through which all Turkish reporting must go?

5.If Gülen is a terrorist, why did Erdoğan work with him before 2013?

When it comes to network and religious philosophy, there is little difference between pre-2013 Gülen and post-2013 Gülen. Nor is there a difference between pre- and post-2013 Erdoğan. The only thing that differs between now and then was political alliance. Erdoğan insists that Gülen is a master terrorist. If so, and as Gülen is the same man now as he was in the first decade of Erdoğan’s rule, why did Erdoğan ally so closely to him?

6.Why is it okay to report on PKK attacks but not on the Islamic State?

Turkey faces challenges from both the PKK insurgency, leftist terror groups like the Revolutionary People’s Liberation Party/Front (DHKP-C), and Islamist terror groups like the Islamic State. Each has staged attacks inside Turkey. Here’s the thing: When the PKK or fringe Kurdish groups attack, it often dominates the headlines in Turkey for days as the investigation continues, authorities name suspects, etc. The same holds true for the DHKP-C which attacked the US Embassy in Ankara back in 2013. But when the Islamic State has attacked, the Turkish government has put an embargo on reportsabout the investigation. Is there a reason why the Turkish government seeks to suppress word of Islamist terror but allow reports of Kurdish terror to dominate the headlines?

7.Why did Turkish intelligence help the Nusra Front? And Islamic State?

Along the same lines, evidence is overwhelming that both the Nusra Front, an Al Qaeda affiliate in Syria, and the Islamic State itself have received arms, support, and equipmentfrom authorities in Turkey. When journalists broke the story—and provided photographic evidence—Erdoğan’s response was to arrest the editor of the newspaper which published the scoop. Likewise, when Turkish soldiers stopped an arms shipmentinto Syria, Erdoğan ordered the soldiers’ arrest rather than the smugglers. Censoring a story doesn’t make it false; it only raises more questions.

8.Was a Turkish death squad behind the Paris assassinations?

In 2013, an assassination executed three Kurdish activists in their office in Paris. All three were PKK members. While the United States and Turkey designate the PKK to be a terror group, Turkey was involved in high profile peace talks with the PKK at the time. The French captured Omer Guney, a 32-year-old Turk who had arrived in France at age 9. Telephone intercepts after the murders show him calling back to handlers in Turkey’s intelligence agency raising the question, did Turkey conduct assassinations of dissidents in the capital of a fellow NATO member?

9.Why did Erdoğan appoint his son-in-law to be oil minister?

Berat Albayrak, Erdoğan’s 37-year-old son-in-law, became Turkey’s energy minister on November 24, 2015. Was he the best qualified? Or were other factors at play? Given Erdoğan’s penchant for negotiating energy deals with leaders like Russian President Vladimir Putin and de facto Kurdish Regional President Masoud Barzani without civil servants in the room, was Albayrak’s appointment a way to arrange kickbacks and keep them in the family? Or as Erdoğan purges former allies from leadership positions in his political party in fist of paranoid rage, is he grooming family members to take their positions? Could Albayrak be a prime minister-in-waiting? Will Turkey become a hereditary republic like Syria is and like former Egyptian President Hosni Mubarak sought?

10.Can we talk about Erdoğan’s associations?

Erdoğan keeps curious company. Friends of Erdoğan might receive the red carpet back in Turkey, but for most other people, they are simply “foes.” First, there was Yasin al-Qadi, a Saudi businessman whom the US Treasury Department designated until 2014for alleged ties to Al Qaeda leader Osama bin Laden. In July 2006, at a time when even the United Nations’ designation of al-Qadi still applied, Erdoğan declared, “I know Mr. Qadi. I believe in him as I believe in myself. For Mr. Qadi to associate with a terrorist organization, or support one, is impossible.” Putting aside the debate over al-Qadi, perhaps it is worthwhile to know how Erdoğan first got to know him and the nature of their relationship?  That goes double given the association of Erdoğan’s son with al-Qadiwhile the sanctions still applied. That’s just the tip of the iceberg, however.

Gulbuddin Hekmatyar is among Afghanistan’s worst actors. He gained fame during the initial Mujahedin struggle as the only Afghan warlord who never won a battle against the Soviets. Instead, he would always just attack whichever Afghan competitor was on top. It was Hekmatyar that started the civil war in 1992 after the Soviet withdrawal. In more recent years, he has allied himself with the Taliban, Al Qaeda, and Erdoğan(pictured here with the warlord is his youth). How did Erdoğan meet and come to know Hekmatyar, whom Turkey has since designated a terrorist.

There’s also, of course, Khalid Meshaal — Hamas’ most militant leader, Iranian Supreme Leader Ali Khamenei, and personal business deals with Russian President Vladimir Putin. Erdoğan, in short, seems to have a set of friends radically different than those of a normal NATO leader. When did they begin? How did such friendships develop? Is the relationship one of politics, business, or both?

11.What deal have you struck with Putin?

A year ago, Russia-Turkey relations were at their lowest point since the Cold War but after an August meeting, the two leaders decided to bury the hatchet. There followed apipeline deal and talks of the Turkish purchase of a Russian missile system. Was there anything more? Did Erdoğan discuss a possible basing agreement with Russia, for example, in Mersin? While it might sound farfetched, did Putin ever broach placing tactical Russian nuclear arms in Turkey? On a more personal level, does Erdoğan have any money in Russian banks? Are those assets personal or state? Has Russia made access to them part of its leverage in its own deal-making with Erdoğan?

In 2008, Turkey’s constitutional court considered penalties against Erdoğan’s ruling Justice and Development Party (AKP) that might have resulted in the party’s dissolution but, ultimately, a last minute switch by one justice meant the AKP remained in place. Many Turks talk about how a businessman, long hounded by Erdoğan, wired money into that justice’s account just prior to the vote. What really happened that day? Did money change hands? If so, why? And did Erdoğan subsequently stop Turkish authorities from questioning that businessman’s past actions?

Asking questions is not the same as answering them. But a healthy democracy requires a healthy press. It reflects poorly on Turkey’s press freedom that such important issues touching on corruption, security, and economy are placed off-limits. Certainly, if there’s nothing to hide, why shouldn’t Turkish journalists be allowed to investigate these questions and more?